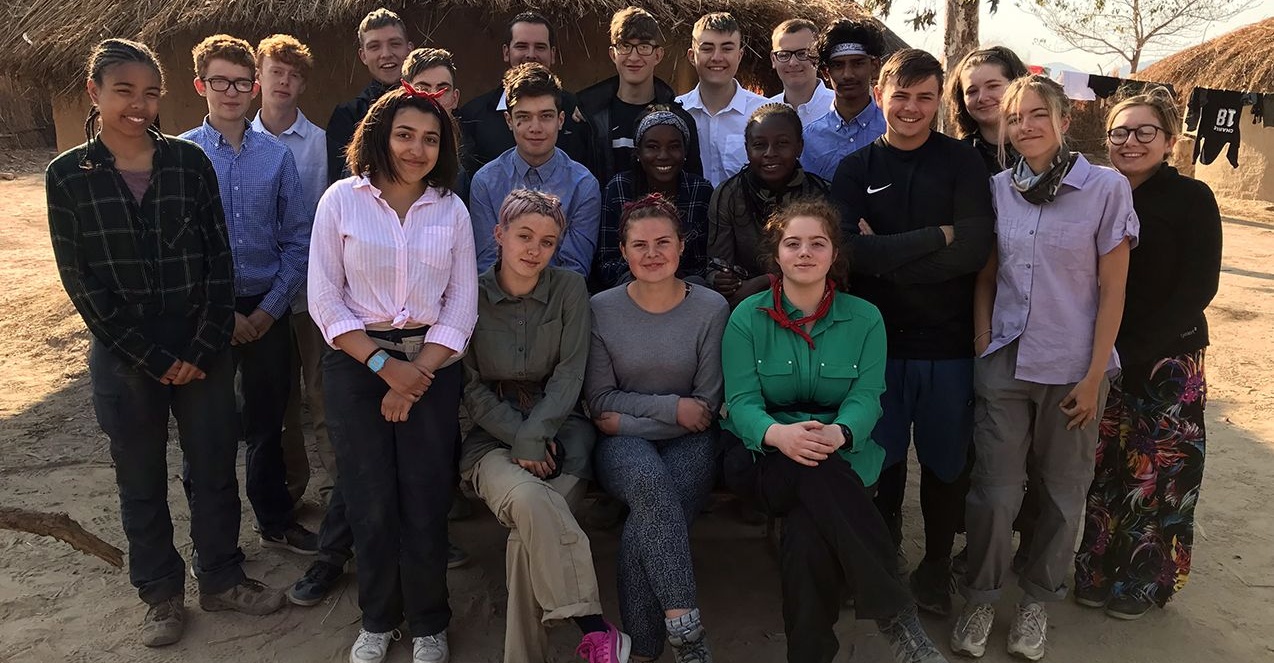 In summer 2018, 19 students from Year 11 and 12 set out on a three week expedition to Zambia for the adventure of a lifetime. This expedition started along the same theme as the training weekend, which was a complete wash out as the students had to endure a 24 hour delay to their flight. However, their adventurous spirits were not dampened and the next day they set off excited to see what the rest of the trip had in store.

The expedition was split into three phases, the first being the project phase. The team spent eight days at the Itala Foundation School in Mkushi, a free school that was set up to provide education to a children in the local community who came from broken or poor families. During their time at the school, the team built the walls of a new toilet block for the school and helped within some internal work within the new orphanage that had been built. As well as the building work, students also made new friendships with the staff and students of the school and teaching took place both in and out of the classrooms, with education and games being the focus. From the time of their arrival, the whole team were welcomed with open arms and embraced into the community – complete with the delights of local home cooked food that some of the students and staff helped to make using traditional cooking methods.

After six days, and with heavy hearts, the team departed the school and moved onto the relaxation phase of their expedition. This involved a full day of travel across Zambia to Livingstone – the home of the world famous Victoria Falls. The beauty of the national park and falls themselves were breath taking and provided a stunning setting for the team to recharge their batteries. As well as an opportunity to do some wildlife spotting!

Finally, the team moved on to the challenge phase, in which they would complete a three day trek through the Batoka Gorge along the Zambezi. This tough trek would involve three arduous days of scrambling over boulders and rocks, which in itself is was a real challenge. However, the team had to also cope with an illness that was working its way through the camp. Despite the extra challenge, the team showed incredible levels of perseverance, teamwork and leadership in order to complete the trek.

During their three weeks together, the team had experienced and achieved so much, more than a many people do in a lifetime. The growth in self-belief of every member of the team was visible for all to see upon their return. The impact was evident, with so many of the students already making plans to return to the Itala Foundation School and volunteer further around the world.