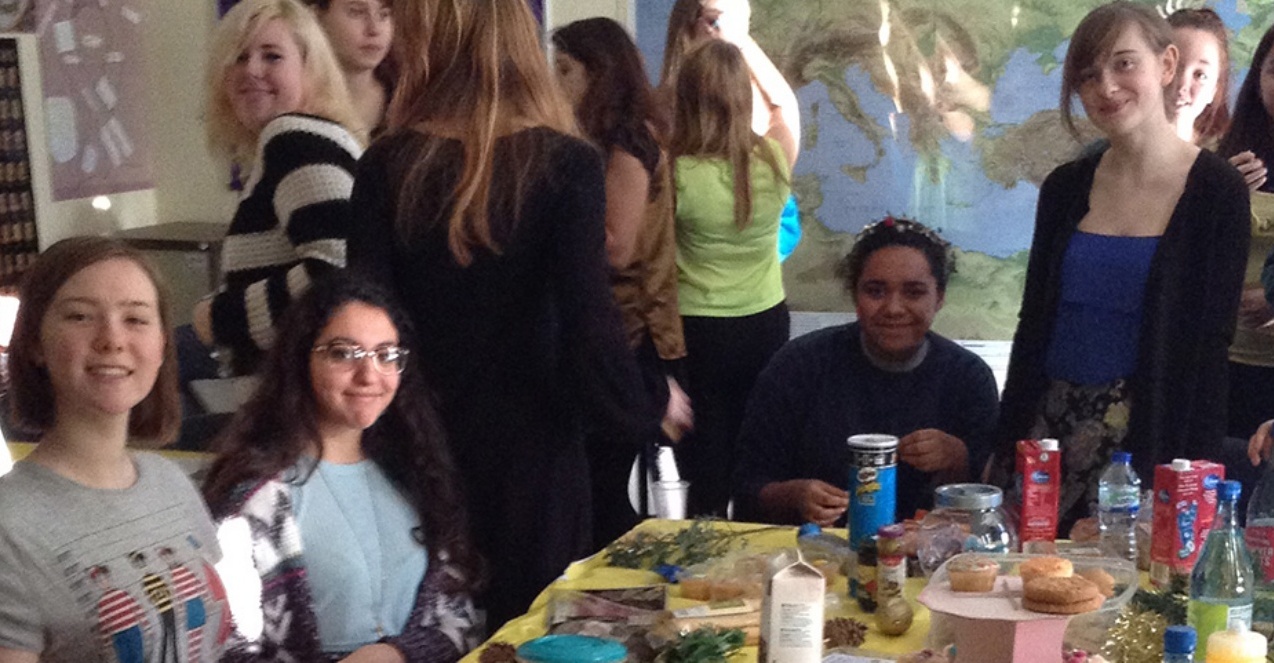 The classics department came together to celebrate the Roman festival, Saturnalia on 17th December. This winter solstice was held from the 17th to 25th of December and gave thanks to two gods: Saturn (farming and harvest) and Janus (transitions and the new year). It was a joyous holiday for the Romans; they exchanged gifts, feasted and switched social roles so that masters became slaves and hierarchy was abandoned.

Students learnt that many of the traditions celebrated at Christmas today have their roots in this ancient festival – ‘IO Saturnalia!’ is where we get ho ho ho! The Christmas tree and evergreens come from thousands of years of belief in the sacred nature of trees. Kissing under the mistletoe is a Viking tradition as their goddess of love had mistletoe as her symbol.

Fortuna tecum sit per Annum Novum. (May Fortune be with you through the New Year.)