FACE TO FACE: 100 years of remembrance

FACE TO FACE: 100 years of remembrance
1914-2014
This display in the Greenshaw main foyer contains 100 faces – to represent the 100 years that have passed since the First World War began. The pictures are of Year 8 pupils and staff. Next to them is either their relative, or an inspirational figure that served. Some relatives show striking resemblance,  in particular Luke, Jessica and Miss Adcock.

This is a very special year of remembrance, but we must never forget the tremendous sacrifice in WWI and conflicts since. They gave their freedom for our future.
Greenshaw remembers them now and forever. 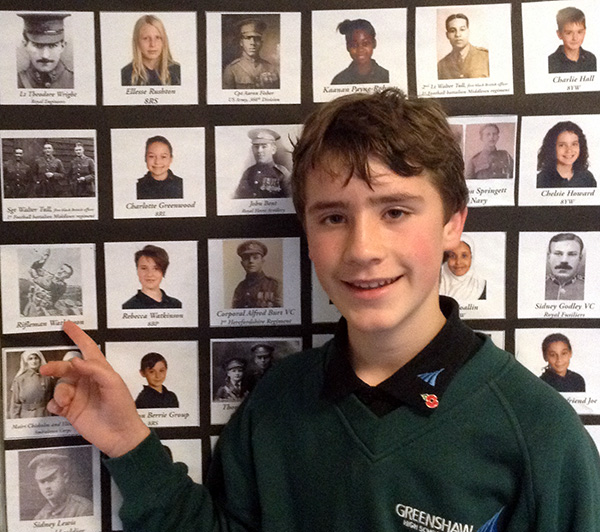 Greenshaw also observed a two minute silence this morning, Armistice Day, to commemorate the first anniversary of the ceasefire of 11.00am on 11th November 1918. Head of History, Miss Weatherhead, read Ode of Remembrance, taken from Laurence Binyon's poem, For the Fallen, before The Last Post was played to begin the silence. Poppies have also been on sale in school.