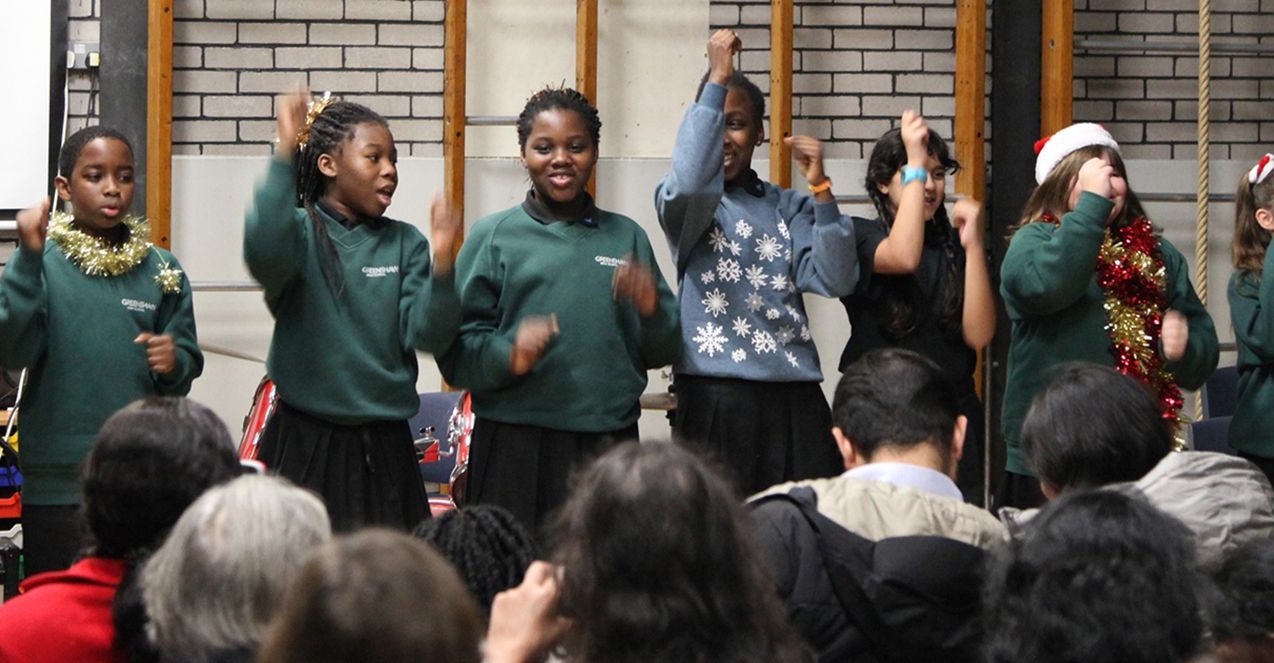 On the evening of Monday 12th December, Greenshaw saw the return of the Christmas Concert.

On the evening of Monday 12th December, Greenshaw saw the return of the Christmas Concert. The music department set out to serve up a festive feast of musical performances with all the trimmings! The evening began with a good old sing song of Merry Christmas Everybody by a large number of Year 7 students.

Festivities continued with a number of soloists and singers performing some classic Christmas songs and carols. GCSE musicians, and extra curricular clubs, formed groups to perform a variety of ensemble pieces from current pop to African rhythms.

The star at the top of the tree was the sixth form choral group, PitchSlap, who brought a Christmas party atmosphere to the event, despite a number of members being hit by illness. The remaining singers rustled up a last minute arrangement of Do They Know it’s Christmas. Mince pies and festive drinks were served as a delicious nightcap to the evening.

The music department would like to thank all the performers, parents and teachers who supported the event. Have a very Merry Christmas.