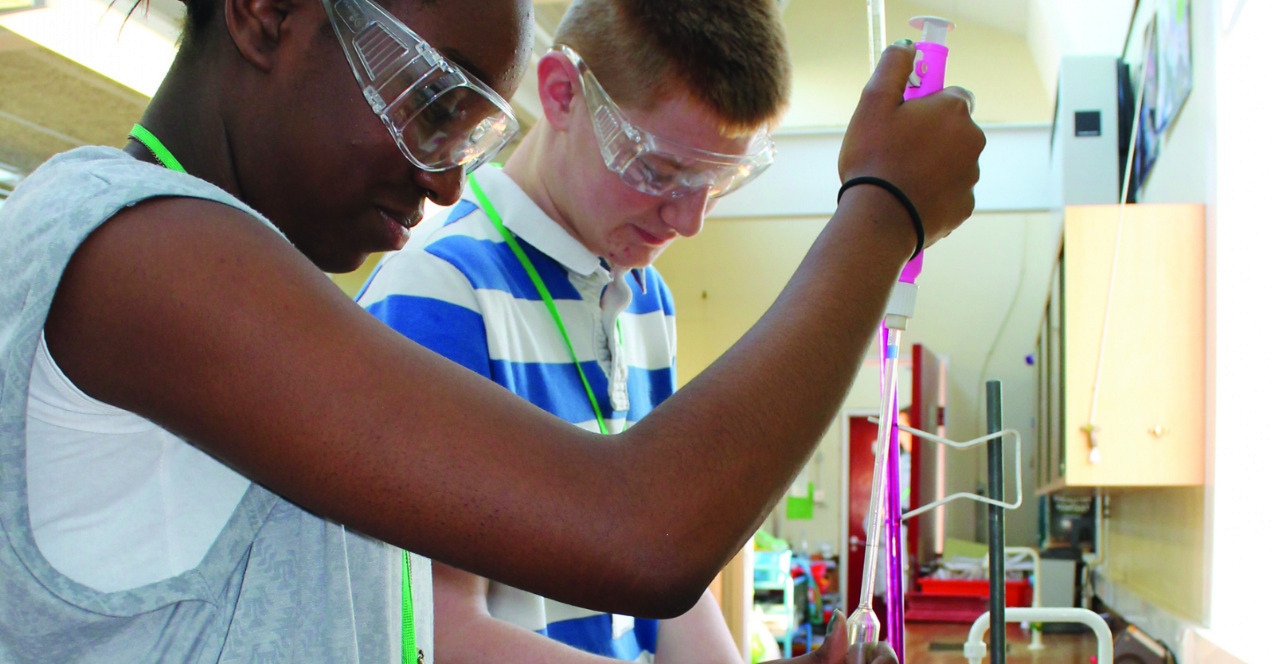 Greenshaw Sixth Form is recognised for its outstanding A level results.

The Greenshaw High School Sixth Form has been recognised for the outstanding results of its A level students in 2014. The Department of Education Value Added Table (England) of Sixth Forms has put Greenshaw High School in the top 50 of providers for the last two years. The school was 41st in 2014 and 49th in 2013. We are one of only six schools nationally who have been in the top 50 for the last two years.

We can also determine how individual departments ranked, compared with their equivalent departments across the whole of England. Last year, studying A level Chemistry at Greenshaw had the highest value added score out of all England state-funded schools, which includes grammar schools. This means that there is nowhere better in the country to study the subject. A level Further Mathematics had the third best value added score, A level Sociology had the fourth and A level Art had the fifth highest value score nationally. In 2013, Greenshaw’s A level Graphics was the highest, Physics was second highest and Chemistry fourth nationally.

The figures have been generated through Oxford Analytics software, which is used to compare Level 3 (A level) performance with similar, surrounding or national schools. The Level 3 Value Added Measure looks at how much progress students have made from the beginning to the end of their A level qualifications. It is also important to take into consideration that when students first join a school sixth form or college, they have varying levels of ability – students have many different starting points.

Headteacher, Nick House, congratulated staff and students: “Greenshaw is very proud of the hard work that students and staff put in. We are incredibly fortunate to have such extraordinary youngsters and colleagues in our school.”