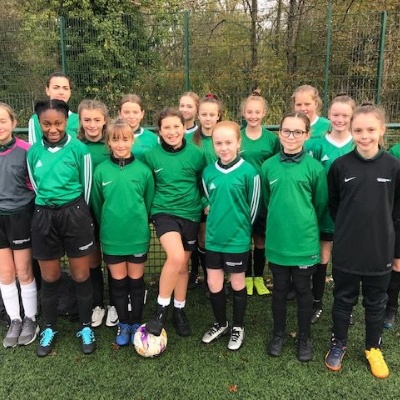 ​The under 13 girls' football team took part in a six-a-side football tournament yesterday, run by AFC Wimbledon at Tooting and Mitcham FC. The girls all played extremely well, despite some tough competition and narrowly missed out by a one goal difference on a place in the quarter finals. Emelia was top scorer for one team and Irem took the title for the other. Well done to all involved.

The Year 8 football team beat Overton 5-2.
Our under 12 girls' football team are starting to come together as a great team and beat St Philomena's 3-2.